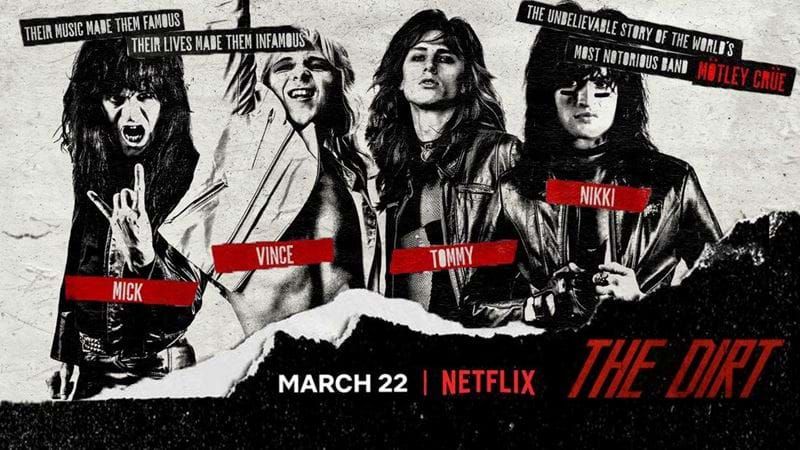 Based on the bestselling autobiography from Mötley Crüe, the film is an unflinching tale of success and excess as four misfits rise from the streets of Hollywood to the heights of international fame.

It was a good representation of the Mötley Crüe, it showed us how hard the rock and roll scene really was (well… almost). It missed some of the other aspects of the band, which could have made the film better, it focused heavily on their late night parties and drug addictions. It wasn’t necessarily about their music, it dealt with the relationship between each band member very well and gave us a convincing chemistry.

With a lot of the scenes been taken up by crazed parties and drug infested meet ups, it was some times hard to take everything they were doing seriously. I liked how they dealt with their transition to stardom, and there was some structure to the overall narrative. I did like how it ended, it paid homage to the band that made a statement when they were big. However, like other music band films, it lacks something to make it special and it needed to be more driven by what made the Mö

Fun and frantic shots that kept up with the wild personalities of the Mötley Crüe. I wasn’t amazed though by the blinding lights they used for stage performances. The effects weren’t the best, Netflix just need to take their time when producing new content. The music was ok, there wasn’t much of it for, especially for a band.

The 4 main cast members were perfectly picked for the band, Douglas Booth had the looks and the attitude of Nikki Six, Daniel Webber was sharp and upbeat like Vince Neil, Iwan Rheon was dark and a beast like Mick Mars and Machine Gun Kelly was as crazy and awesome as Tommy Lee. They had a level of professionalism when dealing with the serious topics of drugs and death, it was a good effort in my books.