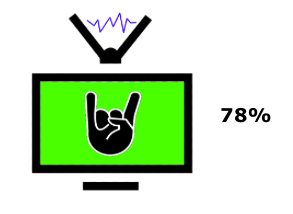 Marvel’s “Thor: The Dark World” continues the big-screen adventures of Thor, the Mighty Avenger, as he battles to save Earth and all the Nine Realms from a shadowy enemy that predates the universe itself. In the aftermath of Marvel’s “Thor” and “Marvel’s The Avengers,” Thor fights to restore order across the cosmos…but an ancient race led by the vengeful Malekith returns to plunge the universe back into darkness. Faced with an enemy that even Odin and Asgard cannot withstand, Thor must embark on his most perilous and personal journey yet, one that will reunite him with Jane Foster and force him to sacrifice everything to save us all. (c) Disney

A fresh new villain that had a fear factor was good, the Dark Elves was a good choice and looked very impressive. However, they never went the right way about it, the leader Malekith didn’t live up to his name. Somethings about the Thor comics felt disconnected from this, its being too serious about what the world of Thor should like. Its good to see them tying in the rest of the films again with the reality stone, it makes it more interesting to watch and gives fans something good to look forward to. It was weird to see Odin take a backseat through all of this, even when Agard was attacked, a powerful god like him would have easily sorted the mess out.

The story felt rushed and lost, and characters weren’t having enough time to let us connect with them. It relied on action scenes to make up for lack of dialogue sometimes. It still was entertaining to though, scenes with Loki were fun and made it exciting. But, compared to other Marvel films it misses the mark, other films like Iron Man take us on a journey and growth. You never feel like you got anywhere with this film.

Stunning visuals as per usual, in a time like this they keep the bar high. Every punch, explosion and building are convincing and make this world so big and wonderful. Asgard looked detailed and magical, they really thought about what it would like. In most scenes, like the action pieces, the camera is giving us some great moments that helped with dramatic pauses and violence.

Christpoher Eccleston does a great job at Malekith, even with the poor script. He is dark and ruthless, making it a worthy opponent for the god of thunder. Once again, Chris Hemsworth and Tom Hiddleston are a great duo with lots of chemistry, you feel as though they are actually brothers that have grown and fought one another. The cast was never the problem in this film, just the lack of creative thinking when it came to a narrative that would entertain and make sense.