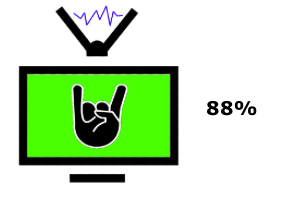 An ex-hitman comes out of retirement to track down the gangsters that took everything from him. With New York City as his bullet-riddled playground, JOHN WICK (Keanu Reeves) is a fresh and stylized take on the “assassin genre”. (C) Lionsgate

An awesome character that use to work for a secret kill organisation. I can tell that we will get to see more of the secret organisation in the future. John as a character is full of depth and you get to see other characters bring up his past. The idea of the continental is a great idea, it gives the characters rules to follow, rather than running round like animals. It allows the film to create emotional scenes with killer characters rather than always fighting. I liked the different characters you got to see in the assassin club, they all had different motives, which made it interesting to watch. I wanted to get more detail of the organisation though, I didn’t feel I was fed enough to understand the structure.

A fresh new take on the action genre, it has a narrative that has heart. It was a good move to have a character that has already had a life and has made a name for himself. It allows for different progressions in the story rather than having a character learn everything again. His motives are emotional and could be strange for some people, but they are good enough to connect with the audience. I loved how they made the character struggle to get to his goal as he has just been out of retirement. Even with this it was a simple story, hero beats villain.

Some good action scenes and a very sad moment with John Wicks dog. They do know how to make it look right, there were some questionable scenes, you lost some of the fight with one of the gun fights. Too much chaos can leave the watcher confused. The effects were okay, I think they could have improved some backdrops and other things.

A great performance from Keanu Reeves, his take on the character is cold and determined. His attitude as the character makes any action lover excited, he gives you 100% focus and skill. Alfie Allen did so well to be the hated character in this film, his arrogant character was exactly what the film needed. Having someone so idiotic to pick a fight with John Wick was a good choice to revive his career as a assassin. There are a few characters that I see returning for more films, people like Charon and Winston are great characters to use and the actors are talented and have the right vision for the characters they play.