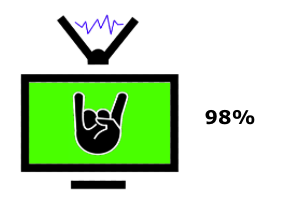 Now that Chris and his girlfriend, Rose, have reached the meet-the-parents milestone of dating, she invites him for a weekend getaway upstate with Missy and Dean. At first, Chris reads the family’s overly accommodating behavior as nervous attempts to deal with their daughter’s interracial relationship, but as the weekend progresses, a series of increasingly disturbing discoveries lead him to a truth that he could have never imagined.

This imagining of a white person cult that use black people to further their life is mind-blowing. It is evident that Jordan Peele focuses heavily on racism and misleads us into fault pretences and shows us how it builds over time. I loved the characters and how every single character apart from Chris Washington is a cog in a wheel of prejudice and selfishness.

Jordan Peele is inspiring and very creative when it comes to showing benevolent racism, many of his for shadows like the deer hitting the car incident foreshadowed the downfall of the main character and the way people treat black people in this film. He cleverly gets you thinking that every black person that is kidnapped is turned into a slave, however it turns out that the Armitage family and the rest of the residents see black people as an advanced species. I loved the progression of the narrative and how suspense was done so well.

I liked the use of the dark space to create a sense of void when Daniel gets hypnotised. The use of a simple tea cup was genius and is very symbolic to slaves being the reason the British had tea in the first place. The long pauses in scenes where they focused on the tears and sweat of Daniel are so good that my entire body felt shivers, the mystery of this film helped keep tension and kept the story flowing.

Damn… This cast was awesome. Firstly Daniel Kaluuya played Chris so well, his emotion was so convincing and his take on the character was inspiring. Daniel paired with actors like Bradley Whitford and Allison Williams made for very tense and exciting scenes, where you could feel the awkwardness and stress. The characters chemistry was made to feel uncomfortable because they wanted you to feel something was wrong, but you could never guess what. Outstanding performance from everyone and I could watch this film over and over again.