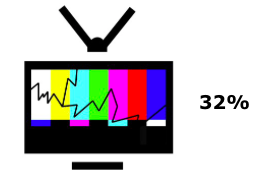 It kept the same ideas as the first, Chucky needed Andy to become human again. However, the lore and backstory seemed jumbled and it just felt like it tried to be better than the first but failed. The theme of voodoo keeps going which allowed it to go into more depth, but they never explored anything new and just repeated the last film.

It lost some of the things that made the first an okay film. This just went straight for killing and missed any good tension moments. It was a good idea to continue the story of Andy, I liked how his mum was taken to the mental hospital. However, some characters felt very odd and seemed to be incredibly stupid.

Very clunky at times with the camera, the illusion was broken many times as the camera just didn’t shoot the right angles. Chucky himself got more characterised and didn’t have any fear factor about him. I was disappointed at the quality of film, even in its time it could have better.

Another rusty performance from most actors, Brad Dourif did well to keep the energy going as Chucky. Also, Alex Vincent did well to keep his character true, as a child its even harder so well done. I felt that most of characters were disconnected to the story and so they stuck out like a swore thumb.